Rack or Tower? How to select your next small business server

What server should you buy for your small business? Find out what two things you must consider when buying a server for businesses with fewer than 100 employees.

Today's latest tower servers can do things only rack servers used to be able to do. And companies, like Dell, sell rack servers to small businesses. So, how do you decide? The answer will likely hinge on two factors.

1. Where will you physically put the server?

If the server is going to be installed in a data center, then 98% of you are going to need a rack server. The other  2% will buy a rackable tower server, such as the T640 or T440. But since most small businesses don’t own their own data center, colocation (or renting space in someone else’s data center) is the more likely data-center-placement scenario. A rack server is still the answer for a colocation.

If you are going to install it under someone’s desk or in the corner of an office next to a plant, then all of you are going to want a tower server. Why? In general, tower servers are quieter than rack servers. Tower servers traditionally have more space for air while rack servers are usually space-constrained. Less air flow usually means more fans running at faster speeds, which translates into more noise.

In some environments, noise can be a huge distraction to people working. Recording studios are measured at about 20 dBA. Quiet offices are at about 35 dBA. Data centers and vacuum cleaners measure in at 75 dBA. The noise difference between a rack server and a tower server running in a quiet office would likely make it unbearable for people in that environment to concentrate or talk with co-workers and employees. For instance, the T340 is a 1-socket tower server that would likely put out 23 dBA while idle (running OS only) and up to 30 dBA while operating at peak. A similar rack server, the R340, would likely put out 38 dBA all the time. 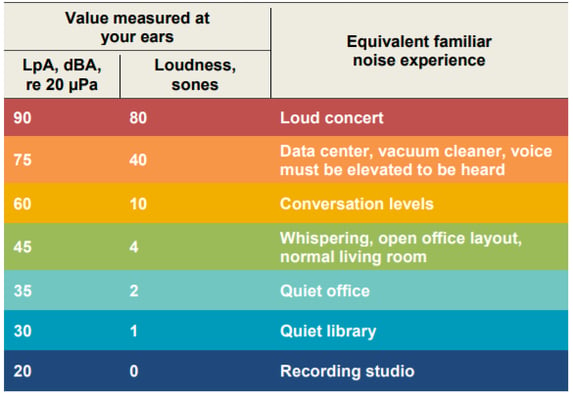 If the server will not live in a data center or a place where people are, the decision becomes harder. Locations like a server room, wiring closet, or a coat closet are all places where servers could live. If this is where yours will operate, then you must evaluate consideration number two.

2. What is the temperature where you want to physically put the server?

Servers run optimally when the temperature of the air is within its normal operating range. Rack servers require physical racks, known as cabinets or server racks, that allow you to mount servers. And when you mount a bunch of rack-installed devices like servers, storage arrays, networking switches, and uninterrupted power supplies (UPS), the temperature of the air around them rises. This makes temperature control a requirement for continuous operation. In data centers, conditioned air flows up from a raised floor to keep the temperature at optimal levels.

Small businesses generally don’t have access to raised floors and chillers. However, some server rooms may be air conditioned. If the server is going to be installed in a temperature-controlled environment, a rack server will likely be the best option.

If the server will be installed in a former coat closet or other tight space, it’s likely that the temperature of the air will increase (sometimes substantially). If the internal components of a server get too hot, the risk of failure goes up. The same thing happens when it gets too cold. That’s why servers are designed to shut down when the temperature exceeds their standard operating range. It’s a protection mechanism. In general, today’s servers have a range of 50°F – 95°F (10°C – 35°C) with no direct sunlight on the equipment.

Many of the modern servers available today also have an extended operating temperature range. Take for example Dell EMC PowerEdge servers. They can continuously operate even if temperatures get as cold as 41°F (5°C) or as hot as 104°F (40°C). And if there is a temperature spike to 113°F (45°C) for a couple of hours a year, the server can handle it.

Fans and heat sinks help to move hot air away from these components and out the back of the server. But if the server is in a coat closet without a vent, the closet will get warm and the air surrounding the components will be warmer. And if the server components get warm, the server fans will speed up and make noise. I’ve personally cracked the door on a converted closet. I’ve also heard of people installing a vent or replacing the door with a felt screen. In both cases, a tower server is the better option. Why? When you open the closet door, the noise is no longer confined. Listening to the sound of a rack server’s fan can be distracting, if not annoying, for office workers and especially customers.

Here’s a simple decision matrix a small business can use to help them decide on a rack or tower server. Most decisions will come down to noise first and temperature second.

If you're looking to get a server, but are still unsure about what is best for your business, Xceptional can help guide you to the correct option. Give us a call today!

Published with permission from https://blog.dellemc.com/en-us/

Isn’t it time you partnered with the area’s leading IT and communications provider to give your business the breakthrough it deserves?

Talk to us today!